The first time I came across Ghost CMS was by hearing it out from my friend whom had developed his own theme. This was back in 2014 and even though it has only been two years since this, the front end web development have made some serious steps towards a more open-wide and developer-friendly community.

My friend compared the so "well popular" WordPress with this new Ghost CMS and pointed out every single improvement in terms of comparison. What he had to say did actually make sense. WordPress has during the past few years become to be known as a cross platform for managing any kind of web solution an organisation, company, blogger or self-employee out there may face. You could argue about the safety being a weak and crucial part for this inconsistency - although the WordPress team has been introducing major safety releases with every shipment of new versions of WordPress, which you may find out here.

WordPress biggest issue is its lack of keeping up with the overall web development. And that is were Ghost seemed to pick up everything.

Ghost makes its foundation of telling where the core of the platform is - just blogging. A concept and term WordPress once used to maintain. Don't get me wrong. WordPress makes its way of putting up something fast and easy on the web straight forwardly, but in the end a new era in the blogging tool world should make a stand.

That is why wanted to try it out for myself, just as my friend.

By knowing the basic terms and futurity of Ghost as a CMS, I started looking for some inspiration.

Ghost is mainly about letting yourself speak with the content. A main effort is therefor put on the css and js for the development of the platform, since it is "limited" to a shorter outcome of possibilities. That is if you would start of the the basics of Ghost, as I had on my mind.

The video gaming franchise "Final Fantasy" has always had a big impact on me in terms of getting inspired. In Final Fantasy, which is a japanse role playing game - magic, strategy, monsters and adventures are often in the focus of game events. There is a certain ability throughout the most games of Final Fantasy which is summoning. The player has the ability to summon "Eidolons" to befriend and overcome enemies and bosses alongside the main storyline. Sounds like Pokémon? Well, kind of. If Pokémons weren't meant for children by the age of 5 and upwards.

I really didn't realise the true meaning of the word "Eidolon" until it made me curious to google. Turns out that it is a parable of a spooky vision of yourself. That made me inspired to try reach that feeling with this upcoming project of mine. 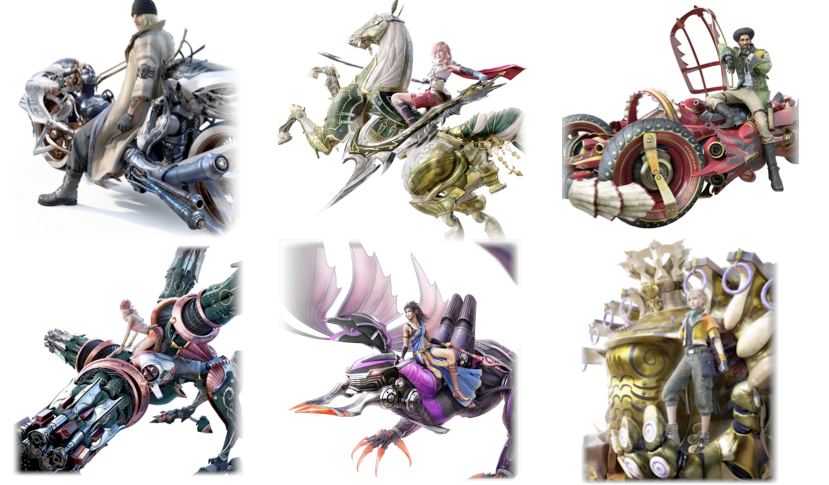 Eidolons as they appear from Final Fantasy XIII with their summoner

As always when I try to find my inspiration, once I've set the starting point the theme, I make up a color scheme and try to find the correct approach of graphical implementation - fonts and elements. This time I came across a newly discovered coloring scheme site - HTML Color Codes. Without any drastic setup of fonts, I stumbled upon Ubuntu and Lato back at Google fonts, as I always intend to do. :)

Wireframes is something that I usually follow in larger projects. For my own personal setups I tend to keep up what is in my head instead. Basically I have my vision in my mind and then a take component by component, element by element and style by style. That is often a more fun and intuitive experience.

And since the limitation should only be to blogging, I also realised what kind of content that should be published - some of my daily obstacles in the problem solving of whatever web issue it may be.

So far the theme isn't public. I still have some minor things to fix alongside if I should hand over the theme publicly. There are some hardcoded parts just to suit this blog's approach and approvments in terms of project structure and optimization is always something to consider with a released project. So far it is a basic Ghost theme and I will try to find out a necessary approach for this theme if I do have the time and motivation.

Please tell me if you like what you see and feel free to give some advice of improving something, by dropping a comment below.

Until then - happy blogging!

Finding the content here useful? Glad to hear! 😃 Help this blog grow be doing one of the following options:

Found some post here extra helpful? Please consider a donation by clicking one of the ads on this blog!